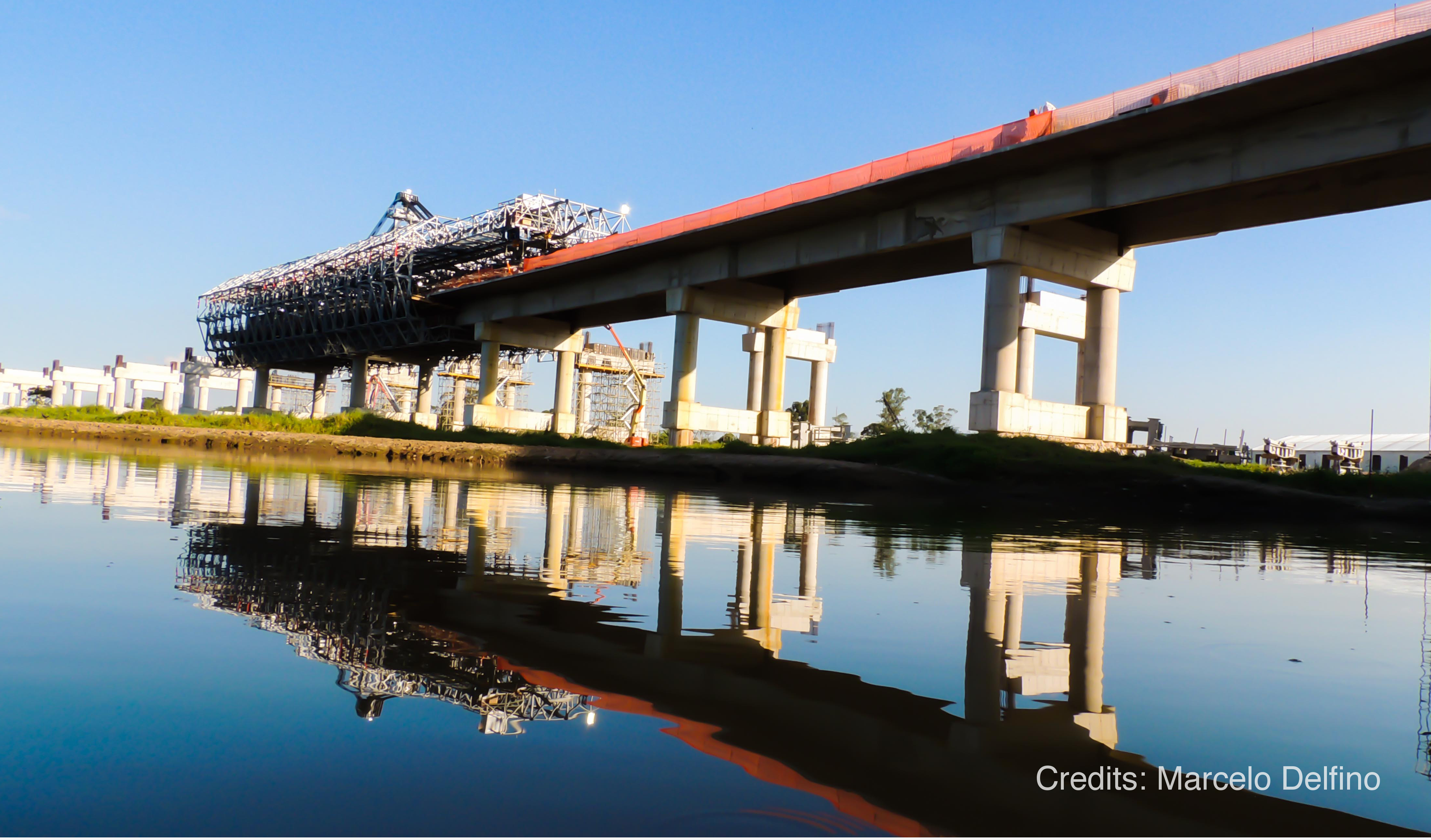 BERD has recently supplied two Movable Scaffolding Systems for its very first work in Brazil: the construction of a section of East Rodoanel, in São Paulo. The M30x2-S is a Double Span Overhead Movable Scaffolding System with OPS, specially developed for the construction of two viaducts, each of them of about 1600 m of extension, located over the Tietê River. This equipment was developed in a context of great productivity and geometrical requirements. The need to perform a plan view of tight radii of curvature and transverse and longitudinal tilt variations led to extremely versatile equipment. On the other hand, this equipment has some automatisms that allow us to simplify the operation; an example of this is the capacity of bending in plant during the casting, rapidly adapting the formwork to the paths of the deck. Another characteristic is the transport of the pre-assembled framework of the deck, thus allowing a significant reduction of the work cycle time. This equipment, in situ deck casting, is not common in Latin America. It allows the construction of deck bridges up to nearly 60 m per week, that is, 4 times faster than the traditional method that only allows the production of 60 m per month. Along with the advantages of time and quality, the M30x2-S causes less impact on the environment as it avoids, mostly, ground contact ensuring the area preservation.

This website uses cookies to improve your experience while you navigate through the website. Out of these, the cookies that are categorized as necessary are stored on your browser as they are essential for the working of basic functionalities of the website. We also use third-party cookies that help us analyze and understand how you use this website. These cookies will be stored in your browser only with your consent. You also have the option to opt-out of these cookies. But opting out of some of these cookies may affect your browsing experience.
Necessary Sempre activado

Performance cookies are used to understand and analyze the key performance indexes of the website which helps in delivering a better user experience for the visitors.

Analytical cookies are used to understand how visitors interact with the website. These cookies help provide information on metrics the number of visitors, bounce rate, traffic source, etc.

Advertisement cookies are used to provide visitors with relevant ads and marketing campaigns. These cookies track visitors across websites and collect information to provide customized ads.

Other uncategorized cookies are those that are being analyzed and have not been classified into a category as yet.